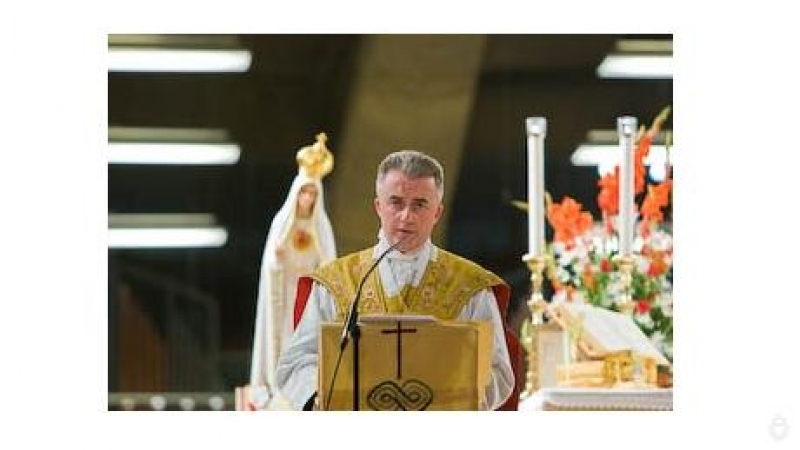 From Aristotle’s “rational animal” to Pascal’s “thinking reed”, all the definitions and descriptions of man underline the fact that his nature puts him at the crossroads of different worlds, that is, at the intersection of strength and weakness.

Man’s nature is his strength because man is the only visible creature that has a spiritual soul. For this reason he exercises an undeniable and necessary dominion over all other creatures. His nature is also his weakness because between spirit and matter, soul and body, there is a delicate and fragile union, obliging man to struggle to keep a balance between these extremes of his nature. Let us note in passing that this must be a balance, not an unattainable equalization, as it is impossible to establish any equality between the spirit and the flesh. To tend towards such equality or to attempt imposing it inevitably leads to mediocrity. And what is mediocrity, if not a diminished being?

But if we accept the spiritual primacy of the soul, would it not be advisable to give to the spirit an absolute power over the body? Certainly not. Many ideologues of the past have fallen into the temptation of favoring the higher aspect of man, of trying to overcome what they perceived as the weakness of his nature, but such temptation has led to genocides such as those that bloodied last century and upon which hovers Nietzsche’s shadow. Already in the 17th century Blaise Pascal told us, in a short and incisive formula: “whoever wants to play at being an angel will act like a beast”.

Should we then, on the contrary, be obliged to propose a strange domination of the flesh over the spirit? Indeed not. The effects of today’s overwhelming hedonism, which in the end leads to widespread depression and numerous suicides, offer us the clearest answer and help us to avoid falling into these excesses of pleasure. They are, in turn, the prelude of a genocide which is seldom called by its name but whose existence we know well: abortion.

What then? The key of the necessary balance of human nature, in tension between spirit and flesh, resides in the humble and realistic acknowledgment of its limits. The facts impose themselves: human nature cannot do without the spirit or the flesh, but without exalting one at the expense of the other. The spirit, infinitely higher than the flesh, has a natural right that cannot be ignored. But this right is exercised over the flesh in such a way that the spirit, taking account of the matter to which it is irremediably united, commands according to the limitations that matter imposes upon it. It will take care, for example, to grant the body the rest that is necessary to support the spiritual activity of man thereafter.

To recognize and admit the limitations of our nature represents an unquestionable sacrifice which it is advisable to accept with lucidity and humility. Is not sacrifice the first sign, the noble imprint of love? On the other hand, he who refuses this sacrifice gives to the world the sad spectacle of a vulgar and tyrannical passion which devours and places him under the sway of the flesh.

The balance of man lies in this sacrifice, bright and splendid manifestation of the force of the intelligence, which does not subject reality to its desires, but its desires to the laws of reality. Happiness belongs to him who, having sacrificed himself, attains the delicate balance between spirit and body. Respecting the nobility of his spiritual nature, he keeps the demands of the body under the domination of his intelligence and his will and, having thus established them in order, he assumes and elevates them.

May this Lent be thus balanced and generous, so that the grace of God may assist our native weakness and that, by recognizing our sinful state, we may live in the only real balance, that of the saints who live from the sacrifice of the Cross, freely accepted and lived in union with Christ crucified.

There is no other balance than that of the Cross.

Thank you for supporting our future priests!

Would you like to receive the rector's letter by mail?